Through the veil of the Mucem

The Mucem, Museum of European and Mediterranean Civilizations located in Marseille, France, is a building imbued with a certain humility whose architecture is nourished by references to the sea and more globally to the Mediterranean culture.

Its architecture emphasizes transparency and, above all, sensations: you have to experience the architectural journey proposed by the architect Rudy Ricciotti, thanks to the interior access ramp and the exterior footbridge that overhangs the building, to appreciate all the singularity of the Mucem.

The architectural tour is made through a gently sloping ramp that winds around the exhibition rooms and leads from the first floor of the museum to a panoramic terrace.

Behind openwork facades like a lace veil, a captivating play of light and shadow is created.

As you ascend, you get a sense of the imposing structure, made up of large arborescent fiber-reinforced concrete posts, which support the floors of the exhibition rooms as well as the access ramp and the exterior façades.

When you reach the top floor, you discover the brackets from which the access ramp is suspended.

Throughout an almost hypnotic tour in the shade of the moucharabiehs, enveloped by a sea breeze, one can perceive the “voices of the sea” evoked by the architect Rudy Ricciotti.

A thin footbridge of more than 100 meters long links the top of the Mucem to Fort Saint-Jean.

Like a taut thread connected to the black parallelepiped, this outdoor walkway invites the visitor to end, or begin, his journey through the sky.

The “mentille” (spanish veil) with its false appearance of lightness, since it is also made of concrete, dresses the roof and the 2 sides of the Mucem most exposed to the sun.

With a pattern that can evoke coral or starry reflections underwater, this veil becomes a natural extension, in the open air, of the underwater world.
The architect even evoked in an interview his dream that “favouilles”, the name given to crabs in Marseille, could climb the sides of his building at nightfall, making it even more part of the Mediterranean world.

To see without being seen is to rediscover the childhood memory of a game of hide-and-seek behind a curtain and for some, the mysterious sensation felt behind a lace veil.

Thanks to its transparency and its marine, terrestrial and aerial anchors, the Mucem can be crossed from all sides with a certain emotion and constitutes a gateway to apprehend the Mediterranean culture.

The architecture of the Mucem in full transparency

Please respect the copyright and do not use any content from this article without first requesting it.

If you notice any errors or inaccuracies in this article, please let me know!

The “bird” train station of Lyon Saint-Exupéry
In 2020, during the period of deconfinement when our train stations and …
The Lyon Auditorium, a pillbox for classical music
In Lyon, France, architect Henri Pottier designed an auditorium in a brutalist …
The “Centre National de la Danse” of Pantin, by Jacques Kalisz
In Pantin near Paris, Jacques Kalisz designed an original brutalist work with …
The hidden architecture of the Lugdunum museum in Lyon, France
In Lyon, France, for the former Museum of Gallo-Roman Civilization, architect Bernard … 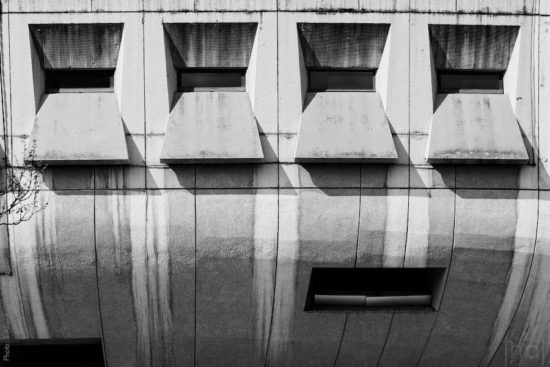 The Lyon Auditorium, a pillbox for classical music 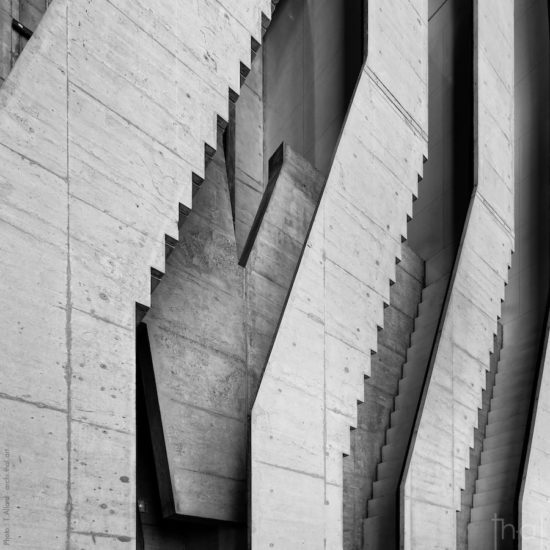 Thank you for your interest!

5 minutes you are browsing my blog ;-), share it around you or link to my articles!

To be notified of an upcoming (long) report:

No thanks, but i continue my visit ;-)